The Kingsway playfield fields at St Marys attracts around 7,500 participants each week through a range of sporting and recreational pursuits. It is one of the largest touch football and Oztag facilities in Greater Sydney with its 18 playing fields and is used by local cricket clubs and several schools for sport and gala days.

"The funding will be used to bring the lighting at The Kingsway (North) up to Australian Standards and allow our sporting clubs to use all the fields – giving more even wear across the facility,' Cr Fowler said.

"Penrith is a city that loves sport of all kinds. Council recognises how important access to sporting fields and recreational facilities all year round.

"This is why we value the importance of working together with community sports groups and the State and Federal governments to provide the best facilities we can. I thank the Federal Government for its support today."

The grant and a further $195,000 from Penrith Council will be used to upgrade floodlighting for 18 fields across The Kingsway (North) facilities, installing accessible paths around the amenities building and the upgrade to the playing surface of eight fields.

A further $3.1million is being injected into The Kingsway West to build four additional fields (two standard and two junior fields), an upgraded carpark and an amenities building. That work is expected to be completed by the end of this year. 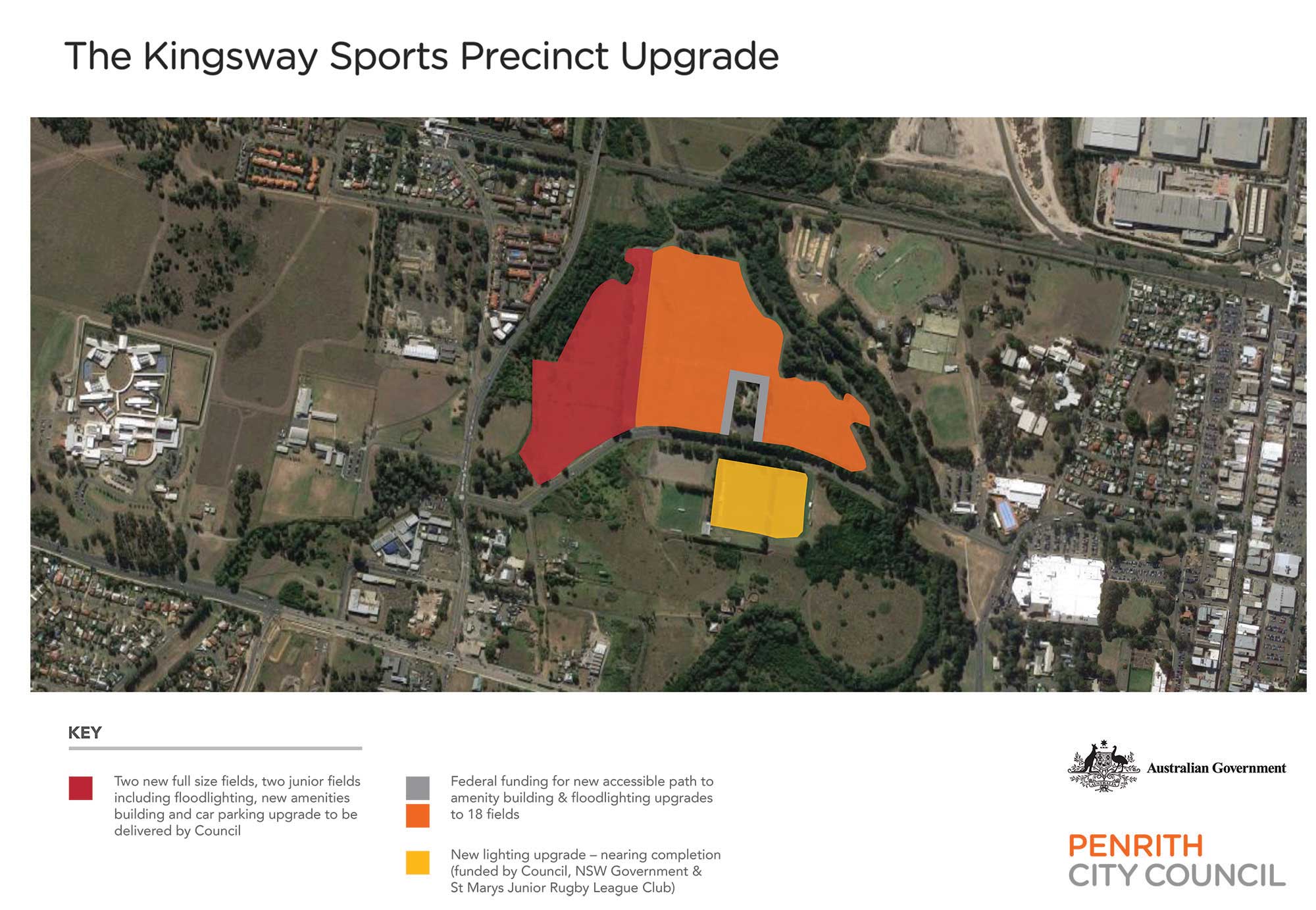 Information contained within this news release was correct as at Tuesday, 19 February 2019.