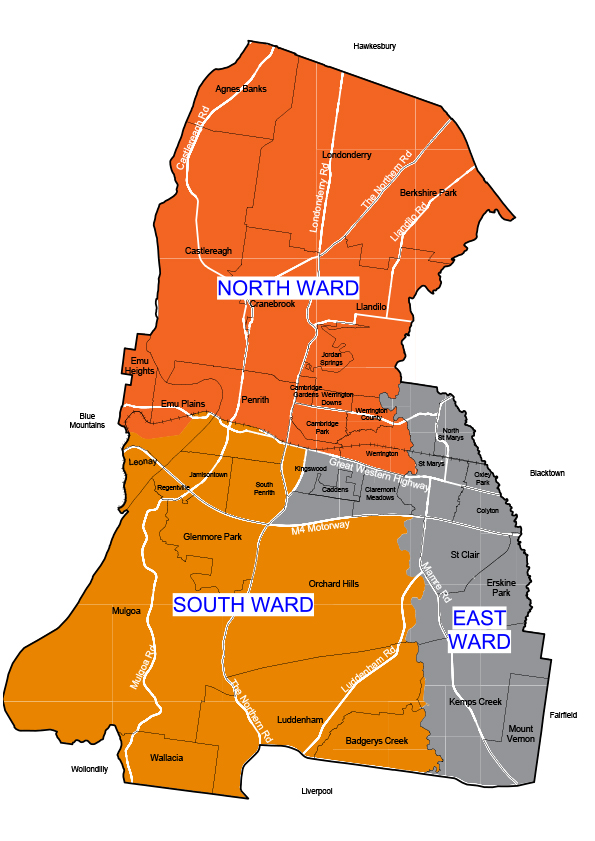 Under the Local Government Act 1993 (NSW), a local government area can be divided up into areas called wards. Each ward contains roughly equal numbers of voters and are represented by the same number of Councillors.

Penrith City is divided into 3 wards - North, South and East, each represented by 5 Councillors. Residents can check their ward and enrolment details at roll.elections.nsw.gov.au/NSWLookUp/

Areas of Penrith City fall within the state electorates of Londonderry, Mulgoa Penrith

Read more about the state members of parliament for our area:

Areas of Penrith City fall within the Federal Government electorates of Lindsay, Macquarie and McMahon. See which electorate you are in Australian Electoral Commission website.

Read more about the federal members of parliament for our area: