David Borger, Western Sydney Director of the Sydney Business Chamber, proposed the question – could trackless trams be a reality in Penrith?

David Borger, Western Sydney Director of the Sydney Business Chamber, proposed the question - could trackless trams be a reality in Penrith?

As a guest speaker at The Quarter's industry breakfast held at Penrith Panthers last month, Mr Borger explained that our unique character, availability of land and the future of Penrith as a key city in Sydney's west makes it a prime location for innovative transport.

"Imagine taking a tram at Panthers and moving up High Street, past Kingwood station via The Quarter, Penrith's Health and Education precinct, before arriving at St Marys city centre."

With the new airport, aerotropolis and Northern Gateway precincts on our doorstep, a tram line terminating at St Marys would provide an easy transfer to the North-South Rail Line, which received a funding commitment from Federal and State Government in March. With a 10 minute train ride, our residents could arrive at their job or set off on a dream holiday. This link would also encourage travellers, businesses and investors to come into the region, boosting the local economy and further enlivening the city.

Penrith's residents would also benefit from the tram system not only as a way to get around, but by reducing congestion in the city centres and connecting to The Quarter which is set to become a leading centre for health care, medical research and world-class education in Western Sydney.

The idea of a trackless trams was linked to the work of Peter Newman, Professor of Sustainability at Curtain University, which identifies that trackless trams are highly effective and efficient at connecting communities and linking into other major metro systems.

"Trackless tram systems can be delivered for around 10% of the cost of light rail due to them not requiring major excavation work for tracks or their own power systems" Mr Borger said.

Penrith Mayor, Ross Fowler OAM, commended The Quarter for creating a space for thought leaders to share their ideas of what Penrith's future might be.

"Penrith is a region on the rise. With major changes already happening across the city, a collaborative view between thought leaders, experts, residents and Council is the key to our continued success. It's fantastic to have these forums," said Cr Fowler. 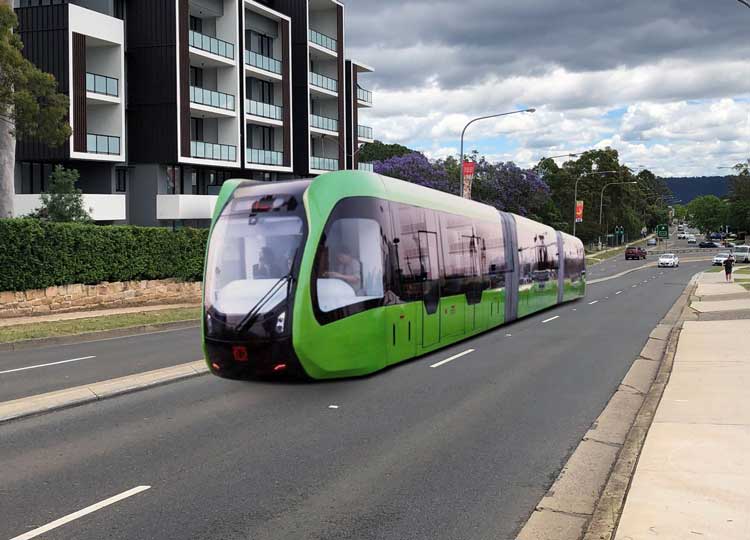 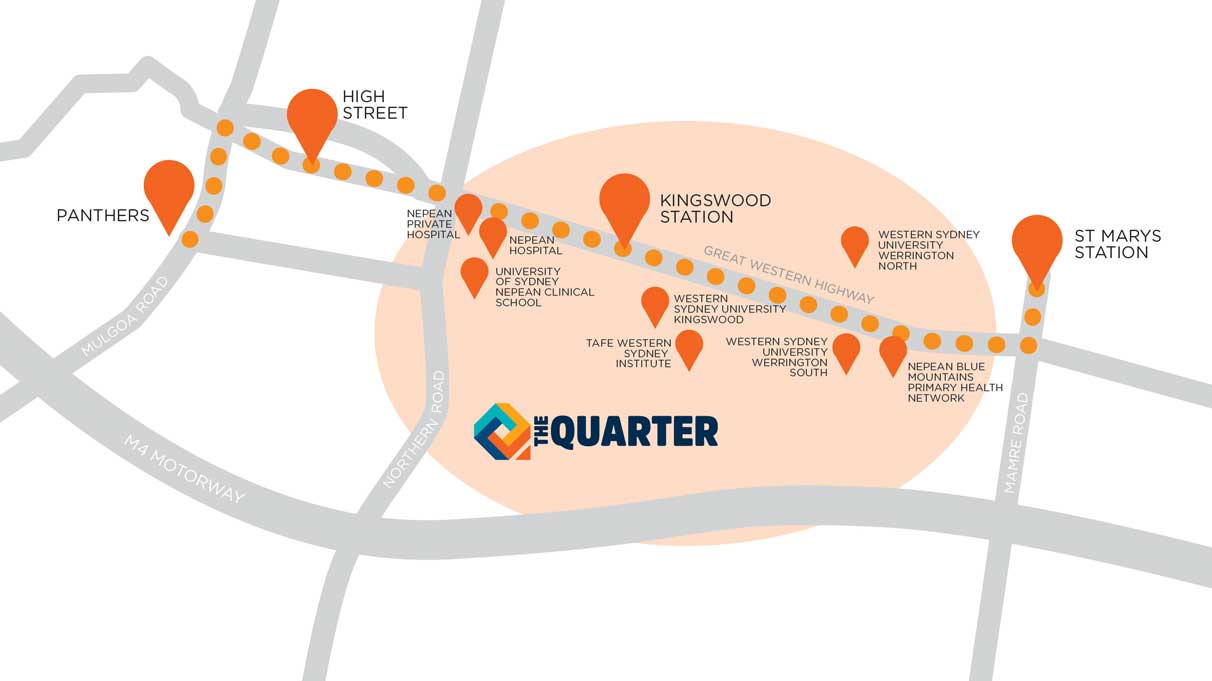 Distributed by Penrith City Council on behalf of The Quarter

About The Quarter and its Stakeholders

The Quarter is an alliance of health and education heavyweights in one of the fastest growing economies in Australia. Spanning more than 300 hectares between Penrith and St Marys, The Quarter delivers excellence in health care, medical research and world-class education for Western Sydney and beyond.

One of the largest health and education precincts in Australia, the Quarter will create an additional 6000 jobs in the next decade with the support of the precinct's 10 key stakeholders. They are Nepean Blue Mountains Local Health District, Western Sydney University, The University of Sydney Nepean Clinical School, TAFE NSW (WSI), Nepean Blue Mountains Primary Health Care, Penrith City Council, Celestino (Sydney Science Park), and the Nepean Blue Mountains Education and Medical Research Foundation.

Information contained within this news release was correct as at Monday, 10 December 2018.