Write and upload photos to yoursaypenrith/penrithstories across four weeks

Small grants of up to $1,200 to assist local non-profit community groups with the purchase of equipment, support for local events or community projects

Have your say on changes to our planning instruments. On public exhibition from Friday 1 May to Friday 29 May 2020

2015 and beyond will shape Penrith

Penrith is one of Sydney's most dynamic, visionary Cities. We know that by realising our potential as a Regional City, we'll create a better Penrith, which means a better NSW. Penrith is a growth City, the heart of the new west.

Western Sydney is growing at twice the national average and as a regional City, the cost of providing facilities and services is significantly beyond our own resources.

Given Penrith's Regional City responsibilities to some 500,000 people, 7% of the state's population, we believe we have a strong case for a significant slice of the Rebuilding NSW funding. It would be a smart investment by the State Government to create a Regional Cities fund of $100m each for Penrith, Liverpool and Campbelltown.

These funds would be directed at regional city developments, in Penrith's case a decked car park to free up key large development sites currently being used for at-grade parking in the City centre, programs to stimulate economic development and jobs, or cultural facilities.

For many years we've been pushing for progress at the Penrith Lakes and in December we welcomed the State Government's Draft Vision for Penrith Lakes. We agree with the Minister when she describes this as Western Sydney's equal to Barangaroo. We want more areas opened up for public recreation sooner and we'd like to see Government funding for a flood evacuation route and bridge works to allow the urban development to start.

The Nepean River and its banks are one of our favourite places. The State Government has started work on an iconic pedestrian bridge across the Nepean River, which will draw more and more people to this already popular area. We want to celebrate the beauty of the river and deliver on the Our River Masterplan which was developed with the community last year. We have a vision for an accessible playground, water's edge amphitheatre, cafes, public art, new paths and recreational facilities.

Traffic congestion is an ongoing concern for residents and we're hoping the infrastructure to be delivered ahead of Sydney's second airport will be prioritised for some of our existing hot spots including The Northern Road and M4 interchange.

We believe express train services both ways between the lower Blue Mountains and Parramatta would enable people to get to key employment centres more easily and improve productivity.

The State Government's Metro Strategy, released this week, reaffirmed the importance of the Broader Western Sydney Employment Area in meeting Western Sydney jobs targets. There are already plans to establish the Sydney Science Park at Luddenham with an offer of 10,000 jobs and 10,000 students. We're calling on the State Government to invest in construction of collector roads and utilities such as water and gas to encourage more developers into BWSEA sooner.

Our resident's health and wellbeing is also important and we've identified new and improved recreational opportunities as a key priority.

By reducing commuting times and traffic congestion our residents will also have more time to be involved in the organised sport and activities which our City is known for.

We'd like the State Government to commit to Penrith as the location for a new Outer Western Sydney stadium. Penrith Stadium's prime location aligns with the State Government's stadia strategy to deliver business, retail and entertainment opportunities, and goes beyond that with the potential for substantial CBD living in apartments in this precinct.

We're reviewing research that identifies a significant shortfall in government funding for culture and the arts in Western Sydney. While 30% of the state's population lives in Western Sydney, the region receives only 5.5% of State arts funding. We have great facilities and want to make them more accessible, more relevant. Our approach is to focus on the growth and nurturing of creativity, with our cultural, education and development programs being deeply embedded in our broad community. There is enormous potential for Penrith to take a small investment and realise huge results in cultural opportunities for the region.

Information contained within this news release was correct as at Monday, 5 January 2015.

Penrith Council is set to invest millions towards shade provisions for 90 playspaces within the City.   Commencing this month, the three-year program will see Council upgrade 90 playspaces with trees and other shade structures.

Penrith City Library is reopening its Penrith branch to the public from Monday 1 June on a limited services basis with access to the physical collection only.

Work has started on a $3.7 million FIFA Standard multi-usesyntheticsportsfacility at Jamison Park. Once complete,the facility will deliver two synthetic rectangular football (soccer) fields, a cricket wicket and an AFL oval, along with a new pathway and smart technology LED floodlights.

Information and advice about COVID-19 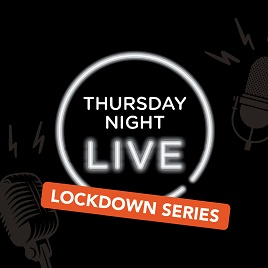 Book your place for a specialised story time at Penrith City Library every first Friday of the month. This program is suitable for children aged 2-5 years old and with social/sensory issues. Sessions are free.

Village Café in Kingswood is open every second Thursday of the month between 9.30am and 11.30am at Wainwright Park.

Village Café in North St Marys is open every third Thursday of the month between 9.30am and 11.30am at Wattle Avenue Reserve, North St Marys.

We encourage you to have your say about community plans, policies and issues that will shape our City's future...