Brimming with health – The Quarter comes to life

Penrith’s multi-million dollar health and education precinct The Quarter, is beginning to take shape with plans for Cornerstone, a one-stop health destination, the expansion of Nepean Private Hospital and a specialist medical centre, Somerset, underway. 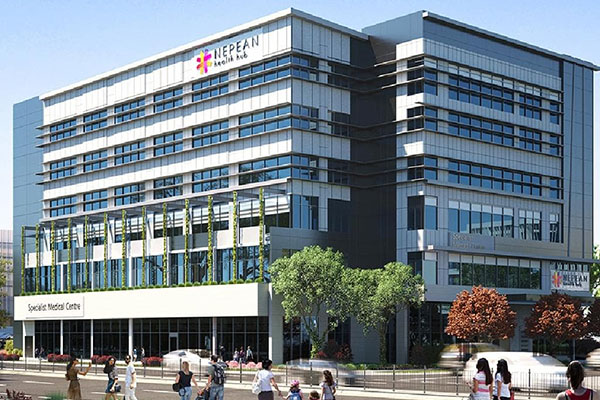 All three will complement the $1 billion redevelopment of Nepean Hospital.

One by one these projects are bringing The Quarter vision - to become an international destination for investment in health services, education, research and related technology - to life. Penrith will soon have one of the largest health and education precincts in Australia, aiming to create an extra 6000 jobs over the next ten years. Health and education is the highest-growing employment area in Penrith with 21,877 jobs or 25.50% growth in the sector over the past five years[1].

The Quarter will serve a region where the population is growing and demanding more choice and opportunity, without having to travel. The simultaneous growth of both private and public hospitals will significantly strengthen health services in the region.

And with unprecedented levels of new infrastructure and investment including a new international airport, a new North South Rail corridor and major road upgrades, there’s significant support for future growth in The Quarter. 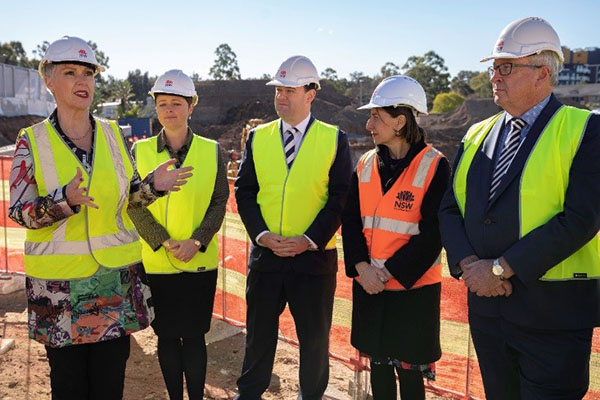 The centrepiece of The Quarter is the redevelopment of Nepean Hospital.

It’s one of Sydney’s busiest hospitals in one of its fastest growing regions and two key elements – a $26 million multi-deck carpark to support the hospital’s expansion and a dedicated helipad – have just opened.

Work is also expected to start soon on a childcare centre for 68 children, with room for future expansion, to support staff and their young families.

It is 25 years since Nepean Hospital partnered with the University of Sydney to become a teaching hospital for medical students. It also partners with other universities to provide nursing and allied health training.

Health care and social services are the biggest industries in Penrith, generating 12,573 jobs in 2017-18. The past five years has seen 25.50% growth in the sector. Nepean Hospital is the biggest employer in the local government area.

The $1 billion investment in Penrith will ensure essential health services and infrastructure support our growing population.

Right next door to the city’s public hospital, construction is about to start on the $30 million expansion of Healthscope’s Nepean Private Hospital, with completion expected in just over a year. Healthscope’s goal is to double the capacity of the hospital within the next decade, allowing for future expansion as the population grows. To read more about Penrith’s population growth click here.

It includes a dedicated two-theatre state-of-the-art endoscopy suite, which will free up the main operating theatres allowing an improved surgical case-mix. The hospital expansion will also increase its day procedure capacity and meet the growing demand by doctors for consulting rooms.

“Western Sydney is one of Australia’s major growth corridors and the location of Nepean Private—with a direct link to nearby Nepean Public Hospital—positions it perfectly to be a vital future healthcare provider in the region,” he said.

“The simultaneous growth of both the private and public hospitals will substantially strengthen healthcare provision in Western Sydney.” Healthscope Acting CEO Len Chersky.

All under one roof

Cornerstone’s Nepean Health Hub will be one of Western Sydney’s newest medical centres, with a “one-stop-shop” approach to health care.

“We know the best outcome for a patient is when the various practitioners work in partnership to align their decisions with the needs and preferences of the patient. That’s what we hope to achieve,” he told the Western Weekender.

The six storey building will include basement parking for more than 180 cars.