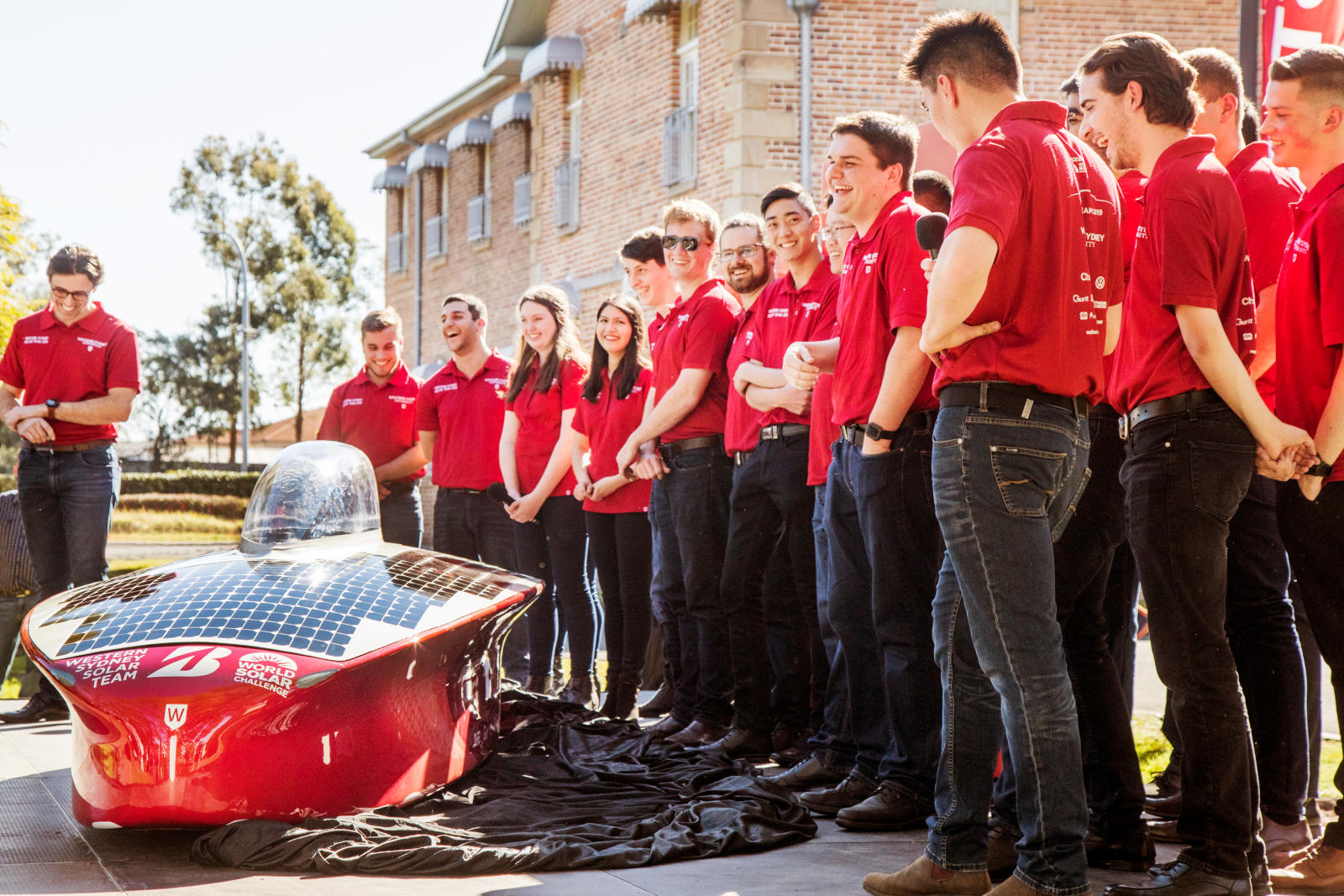 Penrith Council is proud to have been a sponsor of the solar car team for a number of years, showcasing the engineering and design talents found here in Western Sydney to the rest of the world.

The car will compete in the Bridgestone World Solar Challenge in October this year, a gruelling 3,000km race from Darwin to Adelaide using nothing but the sun for power.

The team is based at the Western Sydney University Kingswood Campus and will compete against the world’s best universities in a bid to take out the overall win.

They have what it takes too, having won the American Solar Challenge last year against teams with bigger budgets and far more experience.

Read more about the team and their car.