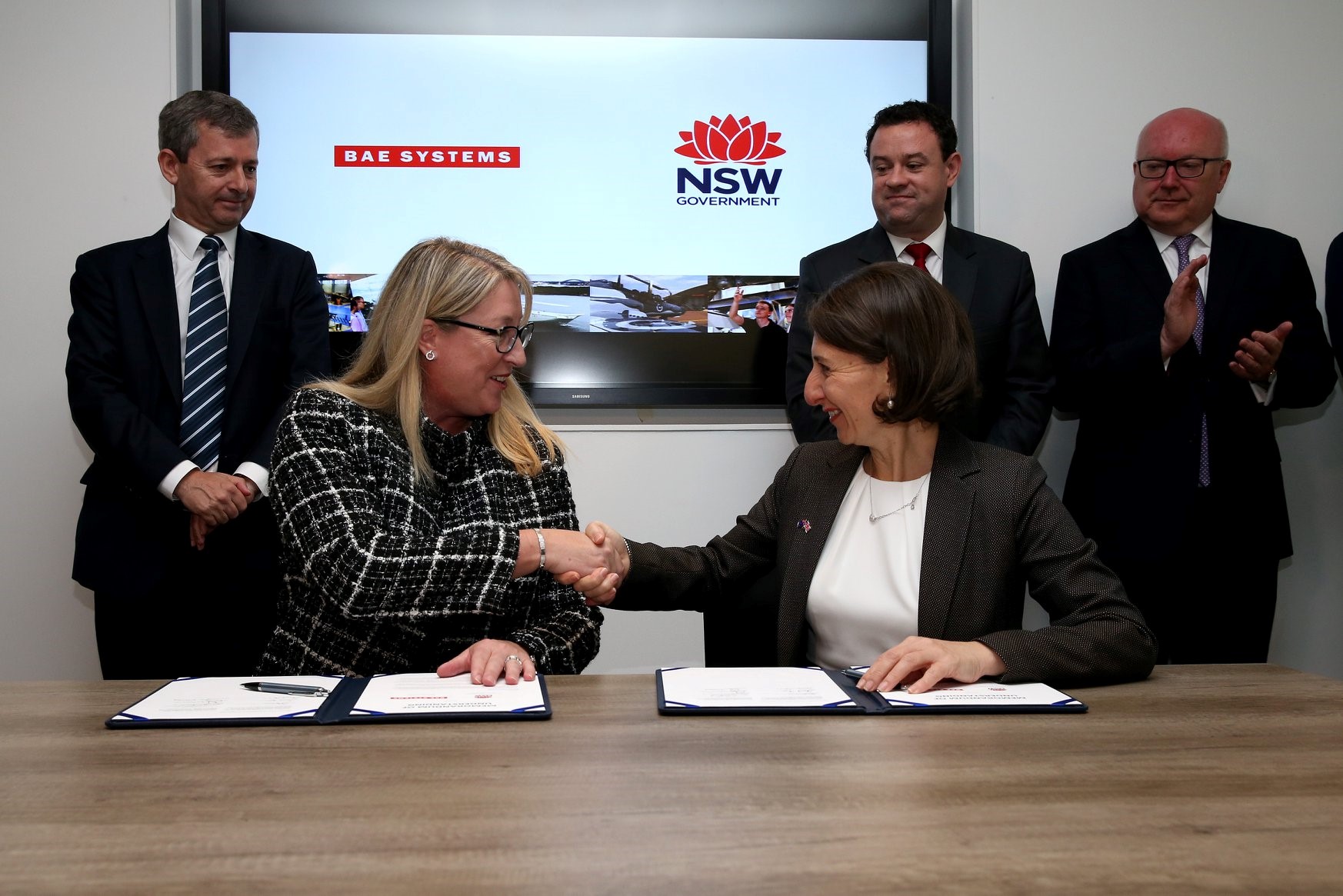 Ms Berejiklian has said industry leaders are “beating down our doors” to invest in the Airport and Western Sydney.

Under recently signed agreements for the Aerotropolis:

This international interest follows a December 2018 agreement between the NSW Government and 18 NSW space companies, research and education institutions, as well as the CSIRO, to establish a new Space Industry Hub at the Aerotropolis.

Combined with the Government’s recent memoranda of understanding to form an on-airport freight precinct at Western Sydney International, these agreements are expected to bring significant jobs growth to the region and position Western Sydney as a hub for research and development and innovation.

Read more about interest in the Aerotropolis .

Read more about the BAE agreement.

Another MoU, with German technology company Siemens is also being finalised to bring advanced technologies and innovations in vocational education and training to the Aerotropolis.

Minister for Jobs, Investment, Tourism and Western Sydney Stuart Ayres said a strong VET system will be essential for ensuring the success of the Western Sydney Aerotropolis.

“The key to ensuring that additional jobs created through the Aerotropolis are sustainable is to provide workers with the skills they need for future industries,” Mr Ayres said. “That’s why the NSW Government will establish a permanent VET facility in the Aerotropolis with a focus on advanced manufacturing, technology and engineering.”

Read more about the Siemens MOU.

Image: Interest on the rise: BAE Systems Australia CEO Gabby Costigan with NSW Premier Gladys Berejiklian celebrating the signing of an MoU between the global defence and aerospace company with the NSW Government to deliver a space research and development facility as part of the aerotropolis.